A. Francis Porta began practicing law in Oklahoma in the 1930’s. He held various public offices including county attorney and state representative and was a sole practitioner until 1949 when he entered partnership with Joseph P. Weaver. Mr. Porta’s son-in-law, James C. Bass, joined the firm in 1966. Mr. Bass’ younger brother, John A. “Andy” Bass, joined the firm in 1975, prompting the firm to change its name to Porta, Bass and Bass, P.C. Mr. Porta remained active in the practice of law until his death in 1983. The name of the firm was changed to Bass Law in 1994. 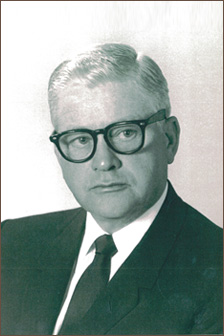 The firm’s sign circa 1970 when it occupied the Professional Building or Liebman Ice Company Building in El Reno. This was the firm’s home from 1966 to 1975 before moving to its present El Reno location.

James C. Bass began the practice of law in 1966 and practiced law for nearly 50 years until his death in 2015. He was a well-respected lawyer and served in various bar leadership positions, including as a member of the Oklahoma Bar Association (OBA) Board of Governors from 1978-1980 and again from 1993-1995, culminating in his election to the position of OBA vice-president in 1996. He was also a Fellow of the American College of Trust and Estate Counsel and the American College of Trial Lawyers. Mr. Bass was regularly listed in Oklahoma Super Lawyers and Best Lawyer in America, being recognized by that organization as the Oklahoma City area Trust and Estate Lawyer of the Year in 2014. He was also active in his community, serving on the Oklahoma Medical Research Foundation Board of Directors, Oklahoma City University Board of Trustees, and the El Reno City Council. Mr. Bass held a commission in the United States Army from 1960-1962. 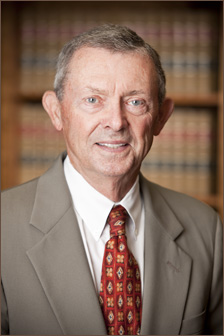 Would you like to speak with a Bass Law intake specialist?

Please complete the form below and we’ll get your consultation set up in no time!